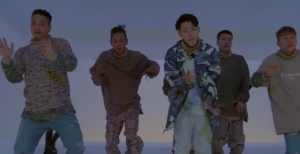 What is happening with the music industry these days? The music world is always changing, but doesn’t it seem like it has undergone more changes than usual in the last decade or so? It sure does, and while some changes are welcome, others are making even the artists themselves a bit apprehensive. Need I say Spotify?

To be truthful, digital downloads and streaming have been in play for decades. Yet Apple Music used to rule the roost. Now Spotify rules the roost and has forced Apple to tap into the streaming industry itself. It’s all about streaming now vs downloading, so you don’t really even own the songs. Therefore, artists are forced to market their music in an effort to take royalty payments from streaming services based on a pool.

If that were all, that would be a big enough change. But the industry is being flooded with new artists. There is still the Billboard 200 and the most popular artists and songs, but more people these days are branching out and listening to different artists. There is YouTube, too, of course, and every artist out there has social media to promote his or her work.

It is like an infiltration of the celebrity circle. It could mean that fewer people make it ‘big’ in the music industry, like a spreading of wealth if you will. There is certainly nothing wrong with that. So what else is going on with the music industry?

Well, rock music is pretty much ding-dong dead. Have you noticed that? People love the classics, but not much new rock music is charting these days. Then you have KPop, which is one of the biggest movements the music industry has ever seen. That just goes to show, too, the way globalism and social networking has such an impact on culture across the world these days.

You should see the social media following some of these KPop bands have. It makes the days of Justin Bieber seem like nothing at all. It’s really something the way the music industry keeps evolving. Rap and hip-hop music is changing in major ways, too, and of course, pop music, in general, is back in the driver’s seat again.

Ed Sheeran is probably my favorite solo artist. Imagine Dragons would be my favorite group. Those are my favorite picks as far as modern music. Then there is Shawn Mendes. He is one of my favorites, too. Which of the artists and groups in today’s world are your favorites?

Scroll back to top